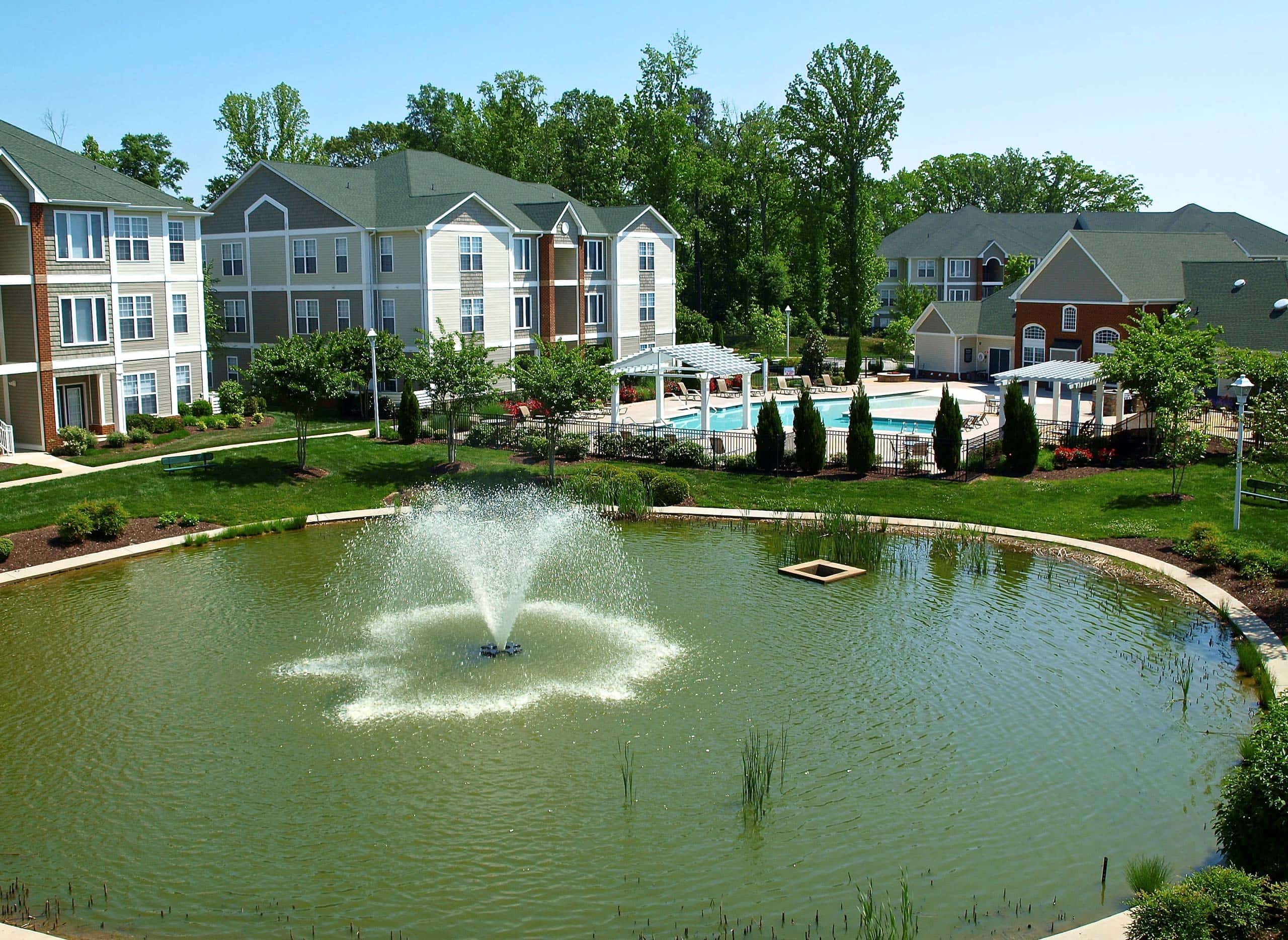 Rockville, MD, October 23, 2018 – The Donaldson Group (TDG) of Rockville, MD has continued to expand southward beyond its base in the Washington, DC metro area, adding 625 units to its current 11,000-unit multifamily management portfolio. The company has taken over management of two recently traded apartment communities, one in Richmond and the other in Norfolk.

In the Richmond suburb of Chester, TDG has begun managing Rivermont Crossing, a 457-unit rental community with 312 apartments and 145 townhomes. In one of the market’s largest multifamily transactions to date, the property was acquired by longtime TDG client The Steven A. Goldberg Company of Bethesda, MD.

In Norfolk, TDG is now managing The Lafayette, a 168-unit high rise apartment building that was acquired recently by Graycliff Capital Partners, LLC. TDG will be assisting in the property renovation that will include hallway and lobby upgrades, relocation of leasing center and amenities, elevator upgrades, and interior unit renovations.

Combined with a 300-unit Charlottesville, VA apartment community that TDG has managed for six years on behalf of The Goldstar Group, TDG now manages 925 apartments in central and southern Virginia. The company plans to grow its footprint in the Richmond and Hampton Roads markets through both third-party management contracts and acquisitions as principals.

“We believe we can bring our strong management operations to these growing markets and significantly improve communities for our clients as well as for our own principal deals,” said TDG Senior Vice President John Majeski. “Richmond has strong population growth, great colleges and universities, and a large and diverse employment base.”

Hampton Roads, Majeski continued, is the second largest market between Washington, DC and Atlanta, with a significant healthcare and high-tech defense presence. The metropolitan area is home to the Port of Virginia, the third largest-volume port on the East Coast.

Due to its collaborative, integrity-based approach to its clients, TDG’s management portfolio has experienced 9.31% average annual NOI (net operating income) growth over the past five years. Since inception, TDG has advised clients on acquisitions of over $1.75 billion in real estate investment transactions comprising 18,000 units. The company also has taken over management of over 28,000 units, advised clients in disposing of over $1.25 billion in real property investments totaling 16,000 units, recapitalized 5,000 units valued at $350 million, and managed over $350 million in construction/renovation work. TDG’s transactions have resulted in a weighted average gross levered IRR (internal rate of return) of 28.6%.